This is the sign that greets you when entering Zamboanga City.

Why is it not in English or any other language native to the Philippines?

This language is called “Chavacano,” or Spanish creole. You can think of the city as a piece of Spain in the country.

As such, much of the Spanish influence is woven into the history of Zamboanga City—from its language to the architecture of some of its buildings down to its signature dishes.

Still, there are quite a few misconceptions about Zamboanga City. Let’s tackle them one by one in this article.

Misconception #1: Zamboanga City is not safe and is war-torn.

This is easily one of the most common misbeliefs about the region.

The entire island of Mindanao has gotten the ill reputation of being a “bad place” due to terrorism.

However, this is not exactly correct. Like anywhere else in the world, there are areas in Mindanao that are unsafe. But they don’t represent the entirety of the region.

Some parts are filled with beautiful sights like Zamboanga City. The city is also filled with wonderful people who were born and raised here.

Many people might have believed that no area in Mindanao is urbanized. Well, Zamboanga City is about to prove you wrong.

The City of Flowers (Zamboanga) has wide, spacious roads that are not overflowing with car owners and motorists.

It is a first-class highly urbanized city within the Zamboanga Peninsula. With that said, it is considered to be the commercial and industrial center of the region.

Thus, it is the furthest from being a “rural” area. In this city, you will find shopping malls, colleges, universities, hospitals as well as other key infrastructure.

Furthermore, the city has a flourishing sardine industry, therefore, branding the region as the “Sardines Capital of the Philippines.”

Misconception #3: There are no known tourist spots in Zamboanga City.

Much of Mindanao, which includes Zamboanga City, is a land of natural beauty.

As such, it is quite a mistake to assume there are no must-see places in Zamboanga City.

For one, have you ever seen a pink beach? Travel to Sta. Cruz Grande Island to witness such a marvel. The beach was named one of the World’s 21 Best Beaches by National Geographic back in 2017.

Apart from the Sta. Cruz Grande, you can also revel in the blue waters of Once Islas (11 Islands), Sirommon Island, and Bisaya-Bisaya Island.

You can also enjoy a Mangrove Boat Tour on the same island. It is a guided excursion, which allows you to learn about the importance of preserving the location. Bonus: you get to encounter the upside-down jellyfish.

When in Zamboanga City, try rowing a vinta. It is a type of boat that is famous for its colorful sails. The vinta also bears a historical significance as it has always been used by the local fishermen.

Truly, there is a lot to discover about the city.

Last but not least, a common misconception about the region is that it is hard to reach.

However, you can get to the city from other major cities via air flight. There are daily flights to Zamboanga City from Manila, Cebu, and Davao.

If you are coming from Ozamis, Dapitan, Cagayan De Oro, Iligan, and Pagadian, you can take the bus.

If you prefer sea travel, then 2GO has Sunday trips from Manila (Pier 4). There are also trips from Cebu, Davao, Dipolog, Iloilo, and General Santos.

But if you want to take your car, you can drive to the city via the Pan-Philippine Highway (also called Asian Highway 26), which links Pagadian, Cotabato, Davao, General Santos, and Surigao.

So, there you have it—four of the most common misconceptions about Zamboanga City. Breaking these stereotypes, hopefully, encourages you to visit this lovely city.

On that note, if you are from Zamboanga City and are planning to become a remote worker, check out the Remote Staff’s job board. It is regularly updated, so you are sure to find something that suits your skills.

Remote Staff is also a pioneer when it comes to remote staffing solutions and has been around for 15 years. Be part of the team! Register today.

Disclaimer: The above article was written according to the information available as of press time.
All opinions and beliefs expressed herein do not necessarily reflect those of Remote Staff's, its employees, subcontractors, clients, and affiliates. 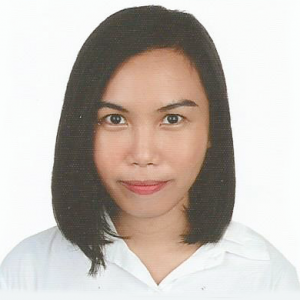 Herschel Lili has a collective four years of professional writing experience. She enjoys reading anything under the sun, but in recent years, she has turned her attention to books that leave her feeling profound. At present, she looks forward to learning everything she can about remote working and sharing the knowledge through succinct write-ups.